We flew into Rapid City, South Dakota with excitement to meet our J-1 participants. We have worked with them for months, but now we were going to have the chance to put their faces with their names and learn more about them. In addition, this weekend was in celebration of “J Day” honoring J-1 participants all over the U.S and their positive effects on the American people. ICCE sponsored Chinese & Jamaican students in Rapid City where they held jobs and explored the nearby attractions. 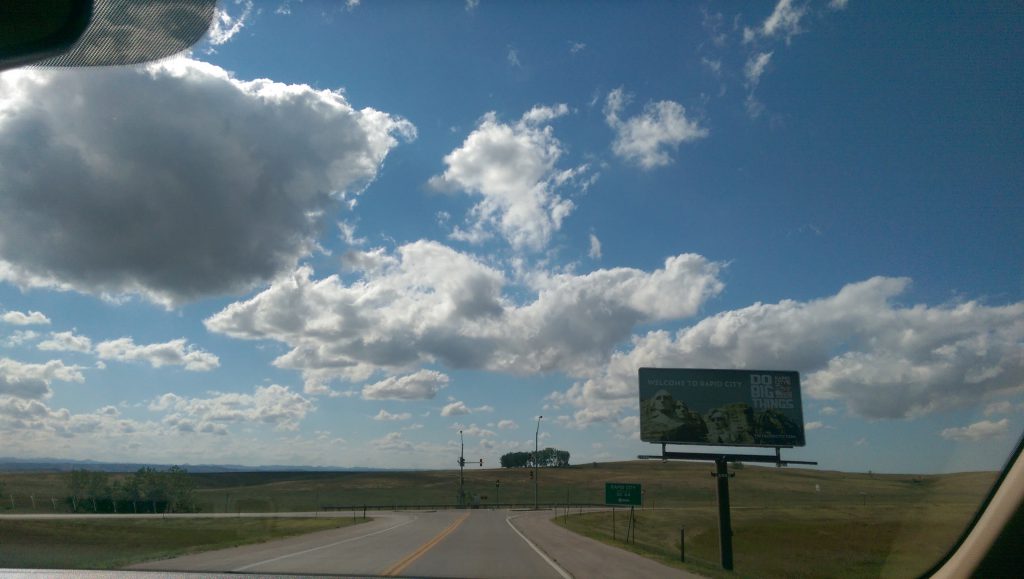 Day 1: Serve for the spirit of J Day – Play, Eat and Give

We went to meet two Jamaican students who were hosted by Monte Hartl, owner of Sweetgrass Inn: Bed & Breakfast, and Shipwreck Lee’s Neighborhood Bar & Grill. Monte is a wonderfully thoughtful and generous man who has hosted Summer Work & Travel participants in previous years, as well as this one. The students thoroughly enjoy working with him and often said they felt “like a close family”.

We then went off to meet the Chinese participants. They were a tight-knit group of smiling faces and genuine personalities. We filmed them telling us about their J-1 experience in the U.S., and although shy, they communicated to us that their time in the U.S. has been rewarding and “very fun” thus far. They laughed together and they behaved like a family. Seeing these complete individuals bond so closely was extremely heartwarming.

As a group of nine, we drove to Feeding South Dakota to help volunteer with sorting the goods. The international students worked together in assisting one another with reading the labels and figuring out the expiration dates of the food. Veteran volunteers and employees at Feeding South Dakota were supremely kind and taught us how to properly sort through the piles of goods. We learned the importance of donating and helping others, and in doing so, we helped ourselves in broadening our culture exchanges. Overall, we sorted 2,400 pounds of food!

In the evening, we attended the weekly downtown festivity called Summer Nights. This themed event featured local food, bands, businesses, and more. By this time, the Jamaican participants had joined us. Even though the music was not familiar to any of the students, they still managed to have a great time dancing and mingling with the Rapid City locals. Funny enough, we met other J-1s who were not sponsored by ICCE, but joined in on our fun! Some people approached us and wondered about our group (since we were all wearing matching t-shirts), and were delighted to find out about the J-1 program and how it was taking place right in their hometown! 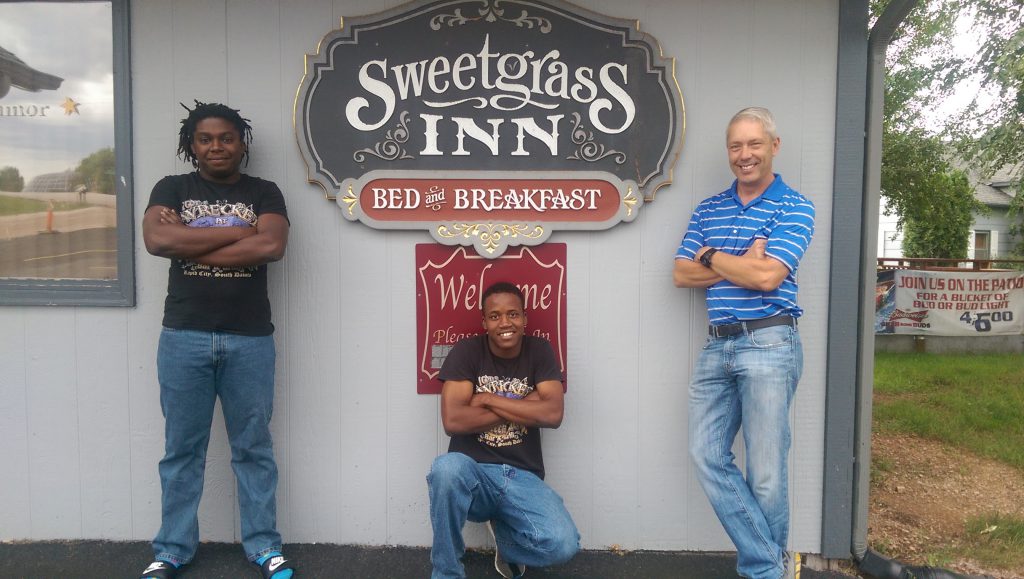 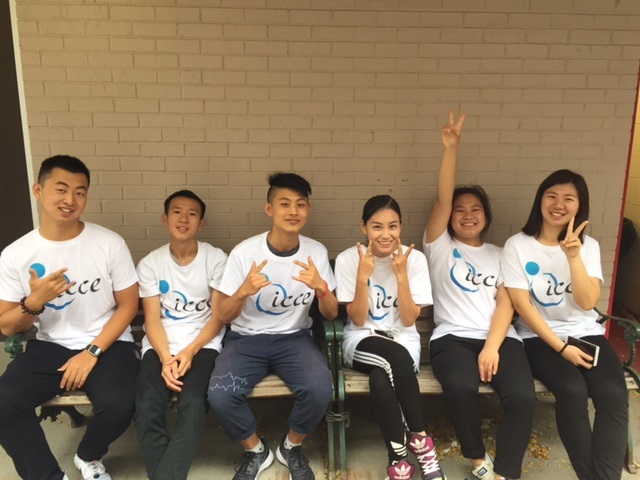 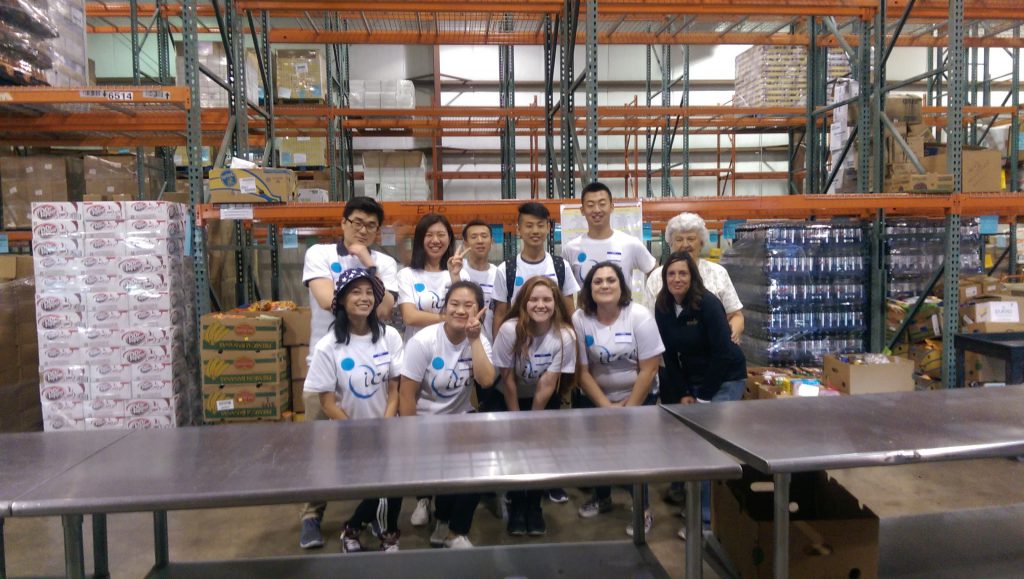 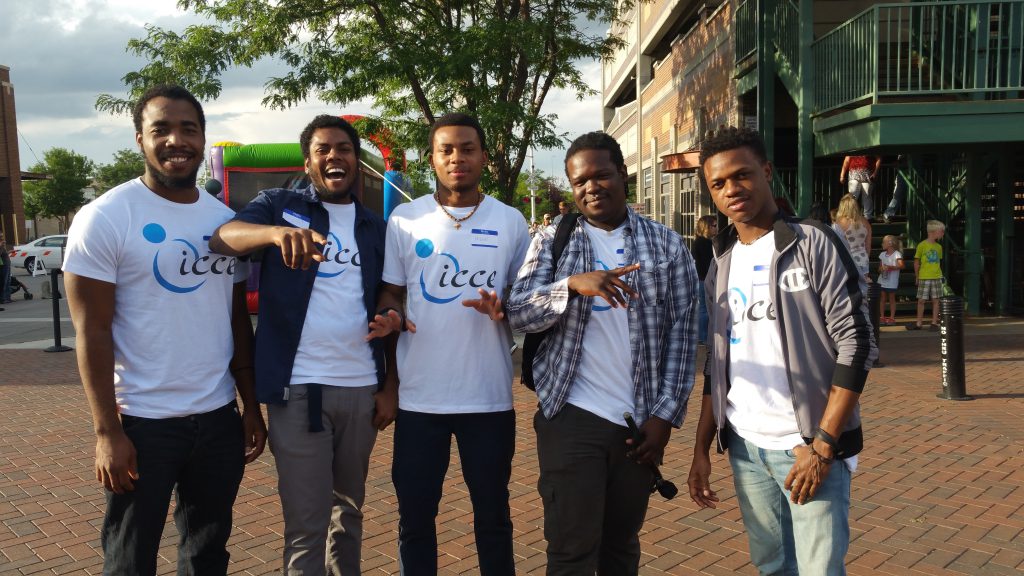 The enthusiastic team at the Mayor’s Office welcoming us for a Mock City Council Meeting! Mayor Steve Allender walked in the gathering room and began firing jokes, answered questions about his election process and told us his plans during the time he is serving as mayor. Mr. Allender lit up the students’ faces with smiles and laughs, and they certainly didn’t miss a chance for a photo op with him! While the Mayor was speaking, we learned more about local American politics and diplomacy and the roles that small government played in their community. As a wonderful surprise, Mr. Allender and his associates appointed all of the J-1s ‘Honorary Citizens of Rapid City’ which, naturally, filled us with joy.

Next on the agenda: Mount Rushmore! About half of our group had already seen the magnificent memorial, but others would be seeing it with fresh eyes. Mount Rushmore is located in Keystone, South Dakota not far from where we were residing in Rapid City. Walking up to the lookout where we could witness the mountainside’s beauty was a spectacle in itself. Tons of people with cameras dodging other tourists and the look on the J-1’s faces was priceless when we reached the observation deck. After countless phone photos, we made our way back to the middle of the memorial where we consumed delicious ice cream and swapped stories of our time in South Dakota.

That night was bowling night for us at the local lanes. We were surprised to learn some of the J-1s who were with us had never bowled before! Of course with the amount of people in our group, we were definitely the loudest and most energetic bunch in the whole place. Although some had never played the game, they quickly picked up the skill and impressed us all. Without a doubt, we had an amazingly fun time! 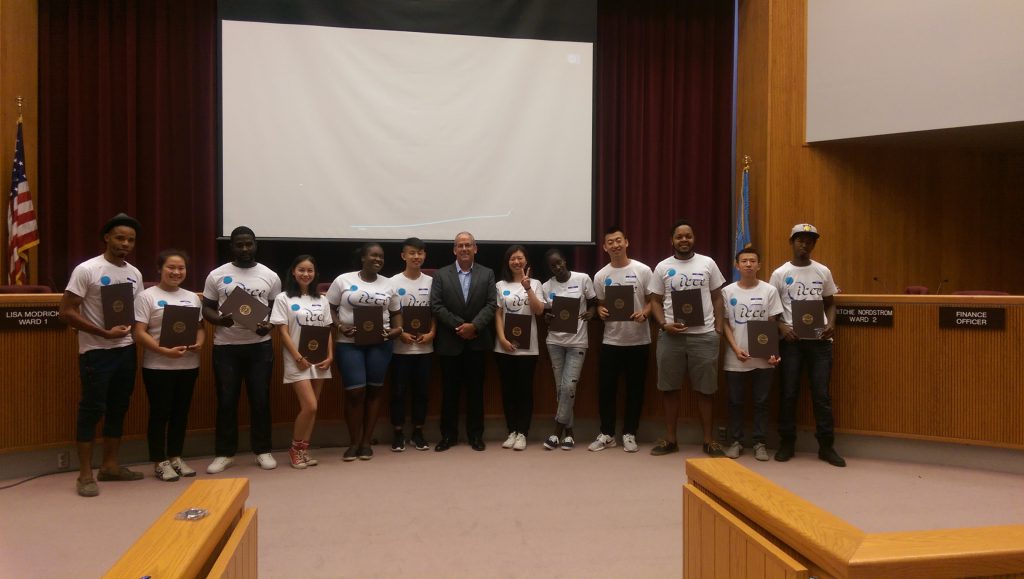 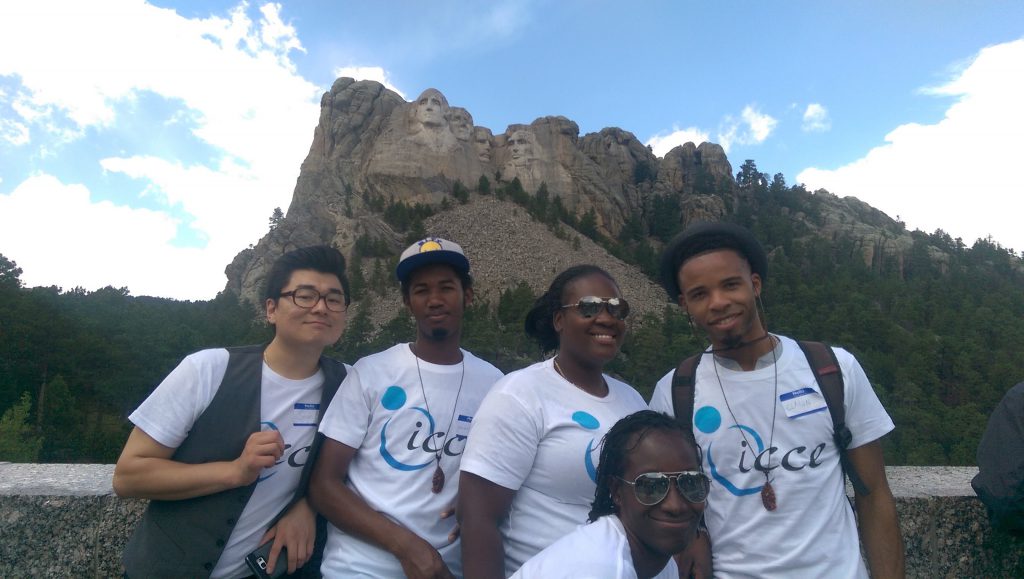 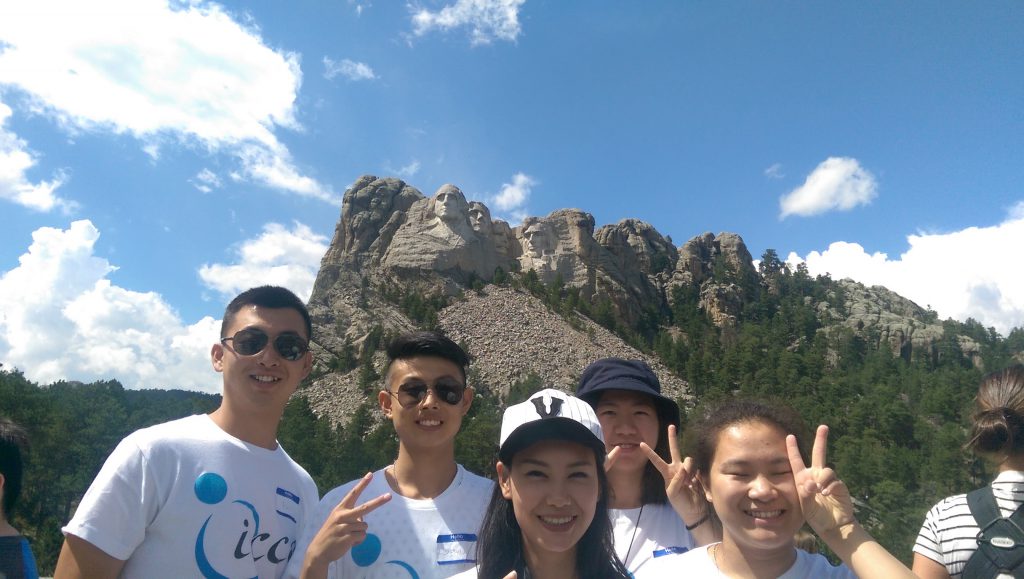 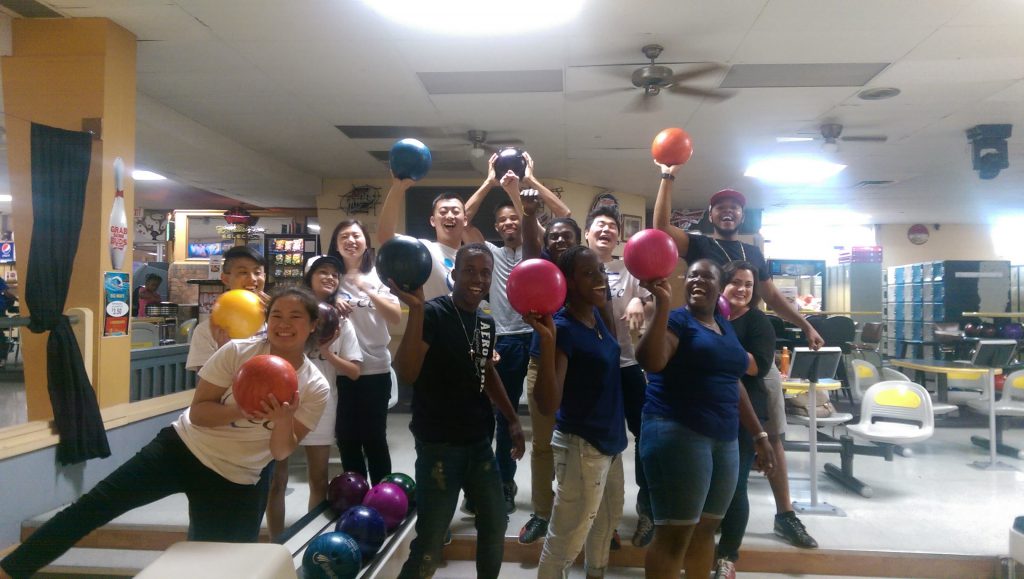 [Picture perfect with everyone as happy as can be! This was a first-time bowling experience for some!]

Parting is Such Sweet Sorrow – Adios!

All in all, our Rapid City trip was one for the books. Experiencing new places, meeting new people, and simply enjoying each other were some of the highlights of this visit. ICCE was so very happy to have met you all and we wish you the best of luck during the rest of your stay in the U.S!